A seven-year marathon leading to the 2022 World Athletics Championships turned into a 10-day sprint from July 15 to 24 in Eugene, Ore. By all accounts, destination marketing organizations Travel Lane County and Travel Oregon, as well as the host venue, University of Oregon, shined brighter than any medal adorning victorious athletes.

From the moment the Pacific Northwest destination successfully secured the championships in 2015, this year’s version was going to have a different look and feel than its predecessors. Eugene knew it would have to operate in a different lane than international metropolises like London and Doha, Qatar, other recent hosts of World Athletics Championships.

Playing to the region’s strengths, Oregon22, the local organizing committee, overcame hurdles related to the pandemic to put on an event that achieved goals of pushing track and field into the spotlight while creating an event atmosphere not easily duplicated. The “once-in-a-lifetime” cliche may hold true in this case.

Just look at these achievements:

That’s just a sampling of the high-level, immediate results the event produced. We talked to Travel Lane County President and CEO Kari Westlund to put the 2022 Worth Athletics Championships in perspective. 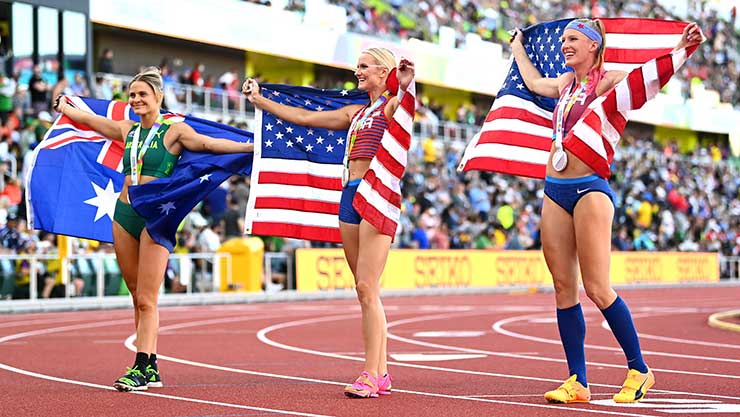 A First for the U.S.

It’s notable that the World Athletics Championships had spanned the globe without stopping in this country until last month. That fact almost surely helped Eugene’s bid back in 2015, Westlund surmises. “Team USA is the best track and field team in terms of medal counts, but we don't have that kind of viewership or stature for this sport in the U.S. that the sport has in other countries,” she explains. “This is the heart and home of track and field in the U.S. and it's the best place to introduce the event to the U.S.”

Just think about the number of young athletes who compete in track at younger ages but eventually settle on basketball, football or soccer for travel teams (to say nothing of college and professional squads). The hope is more stellar athletes make the long jump to stay with track and field with worldwide exposure in our borders.

A First for the Championships

As is the case with many international events, the World Athletics Championships tend to gravitate toward tier-one cities. Convincing organizers to come to Oregon meant a commitment to a different type of environment. “We all knew it was going to be a smaller, more intimate affair,” says Westlund. “There is a very unique and strong feeling of connection between the community and the events, and that's what happened. Everybody seemed to really enjoy it.”

Without massive, convention-style hotels to rely on, the LOC created an athletes village similar to what’s used in the Summer and Winter Games. This allowed participants who otherwise might not interact with one another to connect and share the moment. 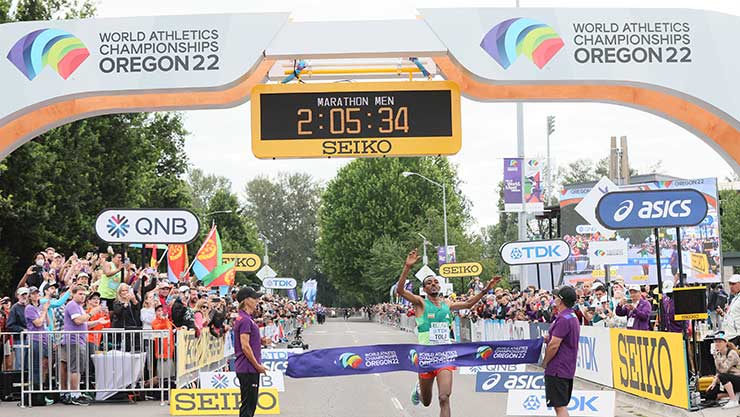 A First for Lane County

As its nickname “TrackTown USA” suggests, Eugene is no stranger to major track and field competitions. The past four U.S. Olympic Team Trials have been held there. While those are major events, they pale in comparison to the scale of the World Athletics Championships. A global event brings more media attention than a national one. Westlund reports about 3,000 journalists were on-site and the audience watching at home represents many international markets Travel Oregon consistently seeks to reach.

The long buildup also included nearby Portland transforming its Oregon Convention Center into a spectacular venue for the 2016 IAAF World Indoor Championships. In some regards, that event was a dry run for the 2022 festivities. “It certainly helped to build confidence in Oregon's ability to bring the outdoor championships to the U.S.,” notes Westlund.

A First for Visitors

Eugene’s small-town atmosphere is one perhaps not typically associated with the U.S. by international travelers who view this country through the spectrum of the Empire State Building or Walt Disney theme parks. Pine trees and temperate weather in July are two contrasts Westlund will take any day of the week when marketing the region. She recalls doing an interview with Swiss journalists last month who said they felt right at home after seeing snow atop Mount Hood when arriving. 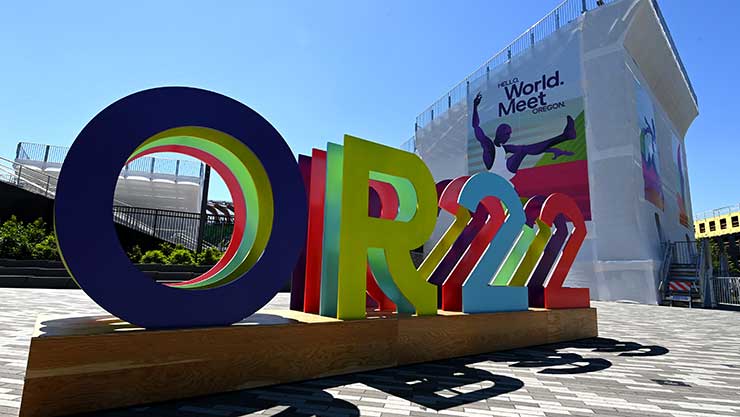 A First for Locals

It’s not every day the world comes to your doorstep, and Lane County rejoiced in the moment. Locals were able to secure tickets at various price points, but the festivities extended beyond Hayward Field. Two large outdoor viewing areas were set up around town, including at the Eugene Riverfront Festival and at an outdoor mall. Travel Lane County set up a booth at the festival to help encourage repeat visits.

Of course, many locals secured tickets to the games on-site.
Importantly, hotels in need of business were filled each night and a large report on the event’s impact is due out later this year. 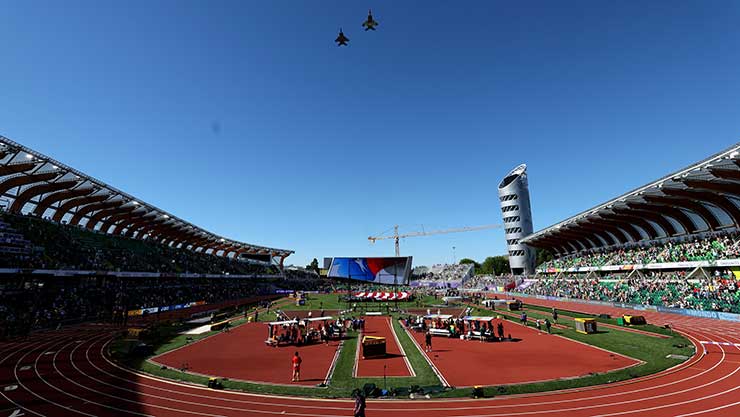 A First for Hayward Field

Hayward Field, which marked its 100th anniversary in 2021, is a historic track and field site for a number of reasons. Records have been broken, stars born and history made there. It was also an older site in need of renovation that the World Athletics Championships spurred to fruition. “We loved our historic stadium,” says Westlund. “But it really overachieved its physical capabilities the last 10 years or so.”

Private donors pooled resources to bring the facility up to today’s international standards. New, modern dorms were also built for the occasion. “This was a huge gift for the University of Oregon,” adds Westlund.

It’s unclear when another international event will come to town, but the annual championships and Team USA Trials will benefit from the upgrades.