Between the Winter Olympics and World Cup, there will be no shortage of great sports events in 2018. To make it easier for you, we’ve pared the list down to 18— for obvious reasons. And while there are many more events than these to keep an eye on, our annual list of must-watch sports events is a great place to start. 1. NGBA Gods of the Seas Tournament Jan. 18-22 National Gay Basketball Association Director Mark Chambers, a 2017 Game Changer, isn’t going overboard in 2018. Rather, he and the participants of the Gods of the Seas tournament will be aboard a Royal Caribbean cruise ship—an idea Chambers says was sparked during Connect Sports in Pittsburgh in 2015. Talk about an incredible experience to start the new year. 2. The Winter Olympics Feb. 9-25 Four years of work from NGBs culminates Feb. 9-25 in Pyeongchang, South Korea. Among the stories to watch will be whether U.S. Biathlon can cap off some record-breaking performances with gold, silver or bronze medals. Also of note will be new marketing techniques and technology uses you can find inspiration from. 3. Hoyt Archery Pro/Am Feb. 22-26 Foley Sports Tourism Complex will enjoy its first full year of operation in 2018. Among the early highlights will be this Archery Shooters Association event that will draw thousands of athletes within spitting distance of the Gulf of Mexico. 4. NJCAA Division III Women's Basketball Championship March 15-17 The National Junior College Athletic Association is going to get to know Rockford, Illinois, quite a bit over the next few years. The destination, in conjunction with Rock Valley College, landed the organization’s D-III women’s hoops championship in 2018 and 2020. Rockford will host the NJCAA D-III women’s soccer tournament. 5. USA Badminton Adult National Championships April 13-15 Harbour Pointe Badminton Club in Mukilteo, Washington, was built to host national events like this April 13-15 championship. The adult nationals has drawn nearly 100 of the best players in the United States, each of the last five years, including 2016 Rio Olympians Howard Shu, Eva Lee, Paula Obanana, Jamie Subandhi and Sattawat Pongnairat. We know the event is in good hands with the Snohomish County Sports Commission. 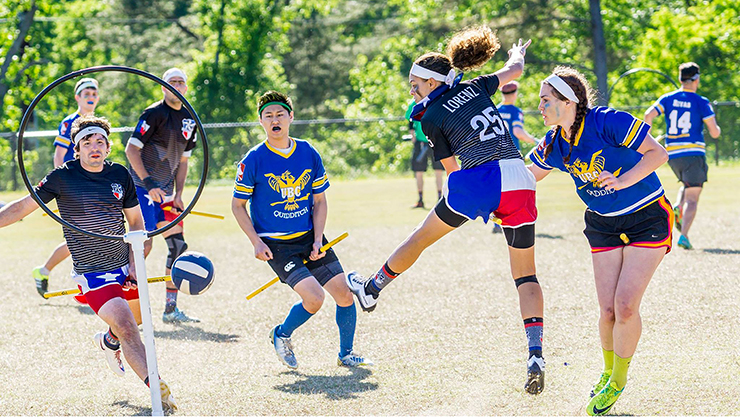 6. Quidditch Cup XI April 14-15 It will be brooms up at Round Rock Multipurpose Complex, which debuted last year. The event will be a great showcase for the 10-field complex that’s 30 minutes north of Austin. The region is already a hotbed for quidditch. The Austin area is home to two national championship teams: Texas Quidditch (2013, 2014 and 2015) and Texas Cavalry (2017). 7. NCATA National Championships April 26-28 Gannon University and the Erie Sports Commission will host this high-profile gymnastics competition at Gannon's Hammermill Center. It's only the third time the National Collegiate Acrobatics and Tumbling Association has hosted its national championships in the East. 8. HITS Grand Prix May-September Historic Balmoral Park in Chicago’s Southland received a renovation specifically to host events like this 13-week series of equestrian events. The 200-acre facility closed for 16 months as it was transformed into a state-of-the-art show jumping venue featuring nine spacious competition rings. Riders from across the country will visit Southland over the course of three months. 9. 2018 World Cup June 14-July 15 Russia, hosts of the 2014 Winter Olympics, is back on the world stage for soccer’s biggest event. The biggest story right now is who won’t be playing—the U.S., Italy and Netherlands all failed to qualify. It will be a good test for marketers to keep American audiences tuned in without the Yankees to cheer for.

10. Mavic Rockies 2018 June 23-June 29 Haute Route’s marquee U.S. event runs through the Rocky Mountains for a second year. One change is the race, which begins in Boulder, Colorado, will conclude at Pike’s Peak. Of note that 2018 will mark a major push by Haute Route in this country. The European-based company is adding three-day races in San Francisco, Asheville, North Carolina and Utah to its calendar. 11. All-American National Lacrosse Classic July 16-19  DE Turf Sports Complex begins a three-year run hosting this event organized by Legacy Global Sports. The tournament, a bridge toward NCAA competition for many players, is only one of the many events the new complex is drawing to Delaware. 12. MLB All-Star Game July 17  For the first time since 1969, and fifth time overall, baseball’s all-stars will compete in the nation’s capital. Beyond the drama over Bryce Harper’s contract status, the game is a way for Washington, D.C., to spotlight its new additions like The Wharf—an entertainment and hotel district along the waterfront. 13. Rugby World Cup Sevens July 20-22  No sport benefited from a boost from the Rio Olympics more than Rugby Sevens. Two years later, the sport invades AT&T Park in San Francisco. The men’s field features 24 teams, and there are 16 squads in the women’s competition. It’s only the third time the world cup will include both genders. 14. Adaptive Sports USA Junior Nationals July 21-28 Turnstone Center in Fort Wayne, Indiana, will host the country’s largest longstanding annual multisport event for youth with a physical disability and/or visual impairment. More than 300 athletes and their families will be on hand as the destination puts a central focus on adaptive sports. 15. AAU Junior Olympic Games July 25-Aug 4 Des Moines, Iowa, is expecting about 15,000 athletes to compete in the 16-sport competition. The destination hosted the event previous in 2014, 2009 and 2004. Other areas to host on multiple occasions include Detroit, Houston, New Orleans and Hampton Roads, Virginia—talk about good company! 16. Flag Football World Championship July 28 -29 In what promises to be one of the biggest events in the country’s largest sports complex, more than 225 teams are expected to compete at Grand Park in Hamilton County, Indiana. Beyond the 4,000-plus room nights, the Flag Football World Championship will bring coveted television exposure to the area outside of Indianapolis. 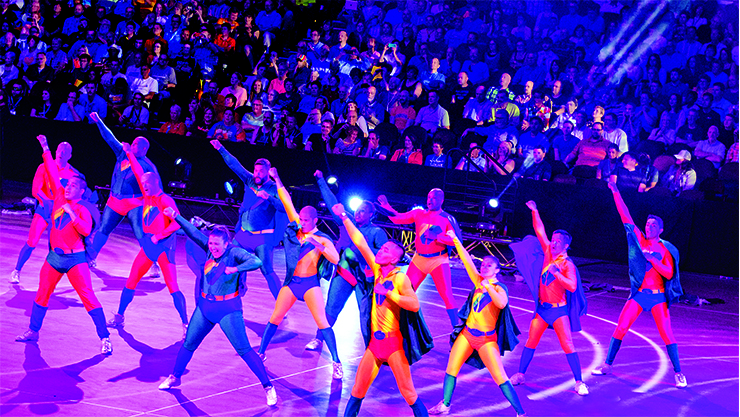 17. Gay Games 10 Aug. 4-12 Six years before Paris hosts the Summer Olympics for the first time in a century, the City of Lights is the backdrop for the Gay Games. The quadrennial LGBTQ event—dating back 32 years—is expected to bring together 15,000 participants from 70 countries. Figure skating is a welcomed addition to the lineup featuring at least 36 sports. The Gay Games will next be held in Hong Kong, another major international destination that was awarded the 2022 event late last year. 18. World Guinness OneHockey’s Holiday Invite 2018 Dec. 27-30 The goal of the Holiday Invite is no less than to set a new Guinness World Record for largest hockey tournament event. OneHockey and the Michigan Hockey Association hope this four-day event will feature as many as 1,000 boys and girls teams, totaling 18,000 or more players from 10 countries.
section-bg-green