Its initial opening came months after Hurricane Michael smacked the community in late 2018. The long-awaited debut was not only an emotional relief but offered practical assistance to overcome damage to other local sports facilities.

More than two years later, the complex is finally enjoying its first full season as the world is finding its footing from the pandemic. While the city, and Florida, in general, have been open longer than many destinations, the higher number of participants is a welcomed sight.

The usually near-perfect weather and beach, and the many related attractions, ensure Panama City Beach is always a popular destination. But a year’s worth of out-of-town teams and their families visiting for tournaments and championships is vital for continued economic growth. That will come in handy making up for some of that lost ground.

Consider the impact the complex has already made on Panama City Beach.

Sports tourism’s full reemergence makes for an opportune time to add to those numbers. New names, on and inside the facility’s signs and offices, bode well for Publix Sports Park. 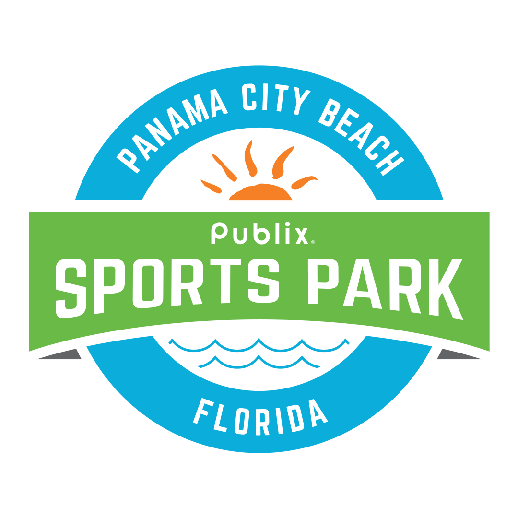 Corporate sponsorship from Publix, a large grocery chain based in the Southeast, adds additional resources and a brighter spotlight on the site. New leadership, in the form of general manager Mike Higgins, brings the perspective of an industry veteran with experience in minor league baseball, track and field, and, most recently, NAIA (the association for small college athletics).

“Since opening, the facility has exceeded expectations because of the strong teamwork between Bay County, the Tourist Development Council and Sports Facilities Companies,” says Jason Clement, Sports Facilities Management founder and CEO. “Including Publix is like adding a hall-of-fame teammate to the middle of the lineup. Their commitment will accelerate every measurable outcome of improving the health and economic vitality in Bay County.”

Here, we look more closely at what the name change adds to the destination.

Higgins is the facility’s third general manager, following in the footsteps of J.D. Wood and Jamie Cox. Each has significant strengths.

Higgins will be able to anticipate the needs of rights holders and sports planners because he was one of the best himself.

His impressive resume includes titles of director of championships at NAIA and vice president of events for the United States Olympic Track and Field Trials in Eugene, Oregon. Higgins also is experienced in management, having served as senior vice president and general manager of the Portland Beavers, a minor league team affiliated with the San Diego Padres.

“He knows whatever you might need,” notes Chris O’Brien, who as director of sports and special events at Visit Panama City Beach works hand in hand with Higgins.

There’s nothing to refresh your career quite like a fresh start. Higgins jokes he was jealous of O’Brien wearing shorts and flip-flops most of the year. More seriously, he is eager to be on the ground for countless events. “I was looking for the chance to be on-property again; it gets in your DNA,” says Higgins.

Higgins is particularly motivated to keep the complex’s 13 fields (including two 1,500-seat championship sites) filled as often as possible. Don’t bet against him.

O’Brien says he’s noticed a definite uptick in the size of events this year, and Higgins says the 2022 calendar looks to yield a great season. Notable competitions include the 120-team Ripken Select Tournament June 5-10 and the 16-team Visit PCB NJCAA College Baseball Classic in February.

“Baseball and softball are really strong here but there is more we can do,” says Higgins, who’d like to bring in more college teams for nonconference games in winter 2023.

Not long ago, the park hosted adult baseball and seven-on-seven football events concurrently, showing its flexibility.

Corporate branding on professional stadiums and arenas is the norm. Not so for youth and amateur sports complexes. Publix adding its name to this site could be a harbinger of what’s to come. For now, though, Higgins and O’Brien are concentrating on the benefits the new deal brings.

Interestingly, the absence of a pro sports franchise may have made the park appealing to Publix. The facility is the big game in town and pledging support early in its existence puts Publix on good footing while also opening up new opportunities for Higgins and O’Brien.

“It sends a message that this is a big deal and it’s a great way for them to integrate into the community,” says Higgins.