Indianapolis has many media accolades under its belt. Conde Nast Traveler named it one of 6 U.S. Cities to Watch in 2017; Travel+Leisure listed it among its 50 Best Places to Travel in 2017; and, much to the CVB’s delight, it was named the Best Convention City by USA Today in 2014, an award voted on by readers. Not to mention, it's home to the famed Indianapolis 500. But I wasn’t ready to drink the Kool-Aid until I experienced the city for myself. What I discovered last weekend was altogether surprising, enlightening and fascinating—and left me ready to plan my next trip back. (It’s nice living a three-hour drive away in Chicago.)

Blame it on growing up out West and then living in the South, but I’d always pictured Indianapolis as an industrial city. I was proved wrong upon discovering the Downtown Canal Walk on two wheels via Segway Tours of Indiana. My first Segway experience in Greenville, South Carolina, completely changed my attitude about the personal transporters, and I’m now convinced a Segway might be the best way to experience the beauty of Indy—including the spectacular 250-acre White River State Park—in only two hours. You can also experience the downtown waterfront via pedal boats, bikes, surreys and gondolas, though Segways appear to be the least sweaty option.

Myth 2: There are only a few good spots to eat. 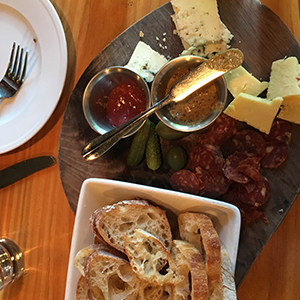 I recall first reading about Indy’s now-famous Milktooth and thinking it was a random place for a high-end brunch spot. How wrong I was. Dining at Bluebeard, a shared-plates and craft cocktail spot housed in a renovated 1920s warehouse, I discovered it is possible to find your true love in vegetables. The beet salad with shaved fennel, apple, feta, pistachio and truffle vinaigrette lives up to the hype, and that homemade, unbelievably spicy ginger beer takes my go-to Moscow mule to an entirely different level. And for charcuterie board lovers like me, Union 50’s giant Grand Board—a daily selection of meats, cheeses and extras like goat cheese-stuffed peppadews—is the stuff dreams are made of.

Myth 3: Big-box hotels are all you have to choose from.

The first thing you see driving into Indy, after the downtown skyline, is the shiny JW Marriott Indianapolis. At the right angle, it looks to be about the same size as the entire downtown. The 33-story, 1,005-room glass convention hotel was, in fact, the largest JW Marriott in the world until one—in true Texas fashion—was built with six more rooms in Austin last year. While the JW is beautiful (and an ideal choice for large event groups, as it’s located right next to the convention center), a few smaller properties are also highly desirable. I stayed at The Alexander, a 157-room boutique hotel that also includes 52 extended-stay suites, designed for business travelers in town likely doing business with pharma giant Eli Lilly and Company, headquartered across the street. The Alexander’s curated art collection with stunning pieces by local artists gives it an incredibly hip vibe. Plus, bartender Andrews at the on-site Plat 99 mixology lounge shakes up a mean liquid-nitrogen cocktail to go along with the complimentary truffle popcorn.

This myth wasn’t totally debunked, but that’s a good thing. Indianapolis may be the country’s 14th-largest city, but it doesn’t have pretentious big-city vibes you might find in other downtown areas. I appreciated the plethora of locally owned coffee shops at which to sip my beloved Americanos, and I could walk to just about anywhere downtown I need to go (i.e., an impromptu froyo run to Pearings Cafe). Also compared to Chicago, there was really no such thing as rush hour. 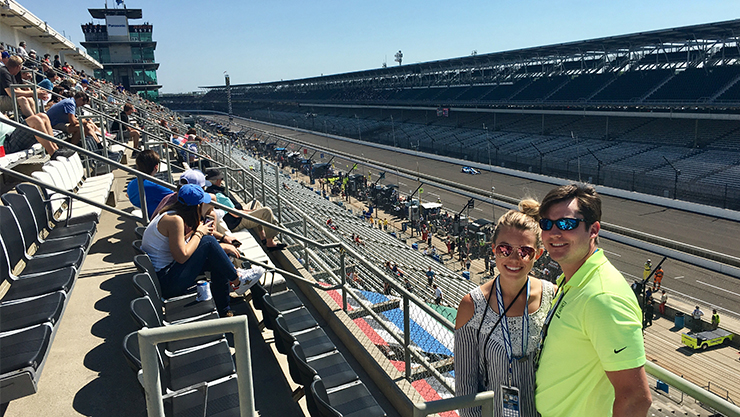 Myth 5: Indianapolis Motor Speedway is only for raceheads.

With tickets to the IndyCar Grand Prix (a lead-in to the Indy 500 that debuted in 2014) in hand, I was expecting to walk into a nice racetrack, earplugs in hand, and kick back to watch some crazy guys drive in circles pretty fast (what can I say—a racing fan I am not). How embarrassing to realize that the track is massive, encompassing more than 1,000 acres, and that to locals, the Speedway isn’t just a place, but an entire culture. After getting to experience my first race thanks to Visit Indy, I wouldn't say I’m going to start watching races on TV, but I see why the track is such a draw. Meeting planners can arrange a wide variety of ways for groups to experience the racing culture of Indy, from rides around the track in real Indy cars to private events inside the track to meet-and-greets with the drivers, one of whom even has a Steak 'n Shake milkshake named after him.
section-bg-green