To hear it from the event producers, Pickleball Entertainment Consultants LLC, professional players like Kyle Yates and Atlantic City’s DMO team, the event checks all the boxes for all parties. Billed as the biggest tournament of its kind, participation rates are likely to skyrocket over the years—as has been the case for pickleball itself.

Atlantic City latching onto one of the country’s fastest-growing sports makes sense for a variety of reasons. Here, we look at what makes the Atlantic City Pickleball Open Indoor Championship a great fit at an opportune time.

The numbers predicted for the event speak for themselves. Meet AC expects more than 10,000 athletes and spectators for this event, which will result in more than 10,800 hotel rooms contracted over the seven days of play. That adds up to an economic impact of $8 million. Who wouldn’t want a piece of that action? “It’s really important for the destination,” underscores Larry Sieg, president and CEO of Meet AC and Atlantic City Sports Commission.

Confidence is so high because pickleball’s trajectory continues to rise with no end in sight. Research from the Sports & Fitness Industry Association finds that in 2020, 4.2 million people played pickleball in the U.S., up from 3.46 million in 2019. The 21.3% increase was the highest of any sport studied. “I've been playing for about 10 years,” notes Yates. “In the last two years, I've seen it grow more than the previous eight. I'd be shocked if it wasn't five to 10 times bigger in the next five to 10 years.” 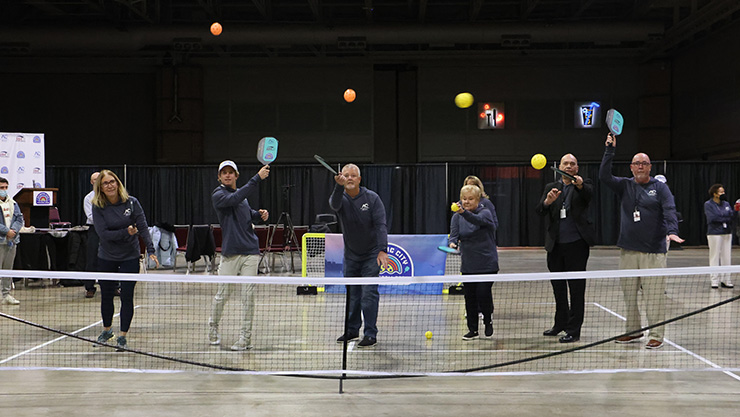 The beauty of pickleball is that you don’t need to be a 21-year-old who resembles Mark Wahlberg, like Yates does, to play the sport. “It’s cross-generational,” says Sieg, who just picked up the sport during the RFP process. Grandparents can play their grandchildren, to say nothing of parent vs. child or sibling rivalry matches. Yates adds the best player in the world is a 15-year-old girl.

Atlantic City is a natural fit for a large-scale pickleball event for the same reasons millions travel to the home of the world’s most famous boardwalk. “We want to make this a party [where] pickleball players show up,” says Pickleball Entertainment Consultants Executive Director Jim Ludwig. “It's more than just a pickleball tournament.” Between the beach and casinos, finding something to do shouldn’t be too hard for attendees.

Yates notes Atlantic City fills a geography gap on the pickleball circuit. Major events are already held out West, notably in California and Arizona, as well as Florida, including the U.S. Pickleball Open that Ludwig operates out of Naples. The September dates ensure many of the region’s snowbirds will still be in town to play. Ludwig predicts about 40% of the athletes will be local while the rest will travel from across the country.

Sieg sees this championship as an opportunity to reintroduce thousands of visitors to the destination. Ocean Casino Resort and Hard Rock Hotel and Casino “have completely changed the game in Atlantic City,” he says. Other development, including a new water park, is following suit just as the country is hopefully moving beyond COVID. The tournament also falls in line nicely to offset the Miss America Pageant moving to Mohegan Sun in Connecticut. 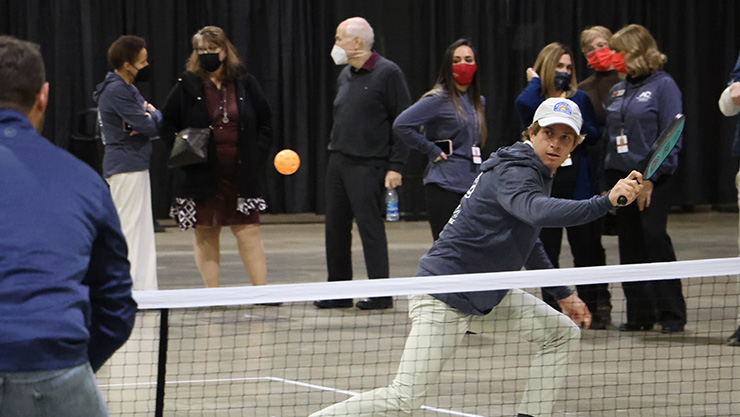 All sides agree with the choice for the Atlantic City Pickleball Open Indoor Championship to be played in the Atlantic City Convention Center. From Sieg’s point of view, it demonstrates the building is much more than a meetings hub. There will be 42 courts and a stadium court with seating for 800 spectators. Staying under one roof adds consistency to the experience as well, adds Sieg.

Players will prefer the indoor venue, too, predicts Yates. Rain delays are taken out of the equation and the large presence will make the tournament feel like a major event. “A lot of players like seeing the bigger stage,” he says. CBS Sports broadcasting the action adds to the grand atmosphere. “I think the players who end up going are going to be happy they did; the players who don’t go are going to register for next year.”