The NFHS Network experienced a boom during the height of the pandemic. Parents, neighbors and friends are now mostly back in the stands this fall. No one is happier to see their return than NFHS Network Vice President Mark Koski, a former varsity athlete and coach himself.

Resuming relative normalcy at the youth sports level underscores a point Koski has been making for years. Namely, livestreaming of high school games and activities poses as much of a threat to box-office results as a prevent defense does to an opposing team’s offense. In other words: very little.

Theory has proven reality as millions of subscribers are still utilizing the NFHS Network, even though most attendance limits have been removed. Relatives with difficulty getting around or who live out of town needn’t wait for a report after the fact. They are tuning in—live in most cases—to see the action, as are college coaches, scouts and other influential members of the sports industry.

Overall viewership is in the millions, and more than half of the country’s high schools have set up the network-provided automated cameras to capture freshmen, junior varsity and varsity contests.

The network has no intention of hitting the pause button.

Livestreaming high school sports is here to stay. Audiences will expand and, Koski hopes, so will the number of school participants. Sports is a healthy way to release (excess) energy and fill otherwise unoccupied time, he notes.

Here, we look into the future of watching teens star on the gridiron, court, diamond and any other field of play you can imagine. 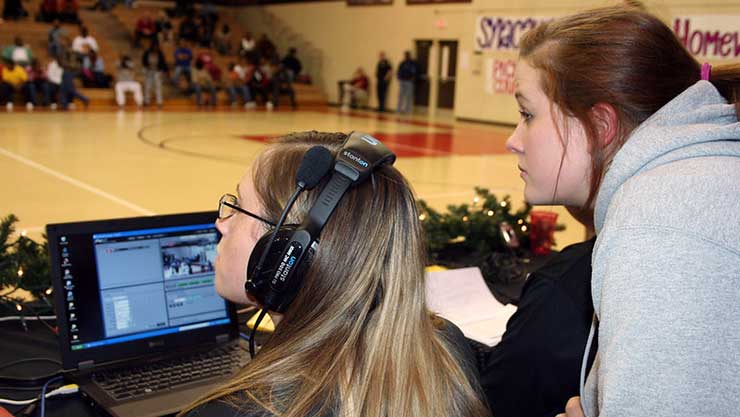 As mentioned, more high schools use NFHS technology than don’t. The goal remains to turn 10,000 schools into 19,500. What’s the holdup? Some athletic directors remain fearful that fans will watch at home rather than make it to the stands if given the choice. Koski’s job is to educate using an impressive list of stats that their fears are unfounded. “It truly is for those who can’t make it to the games,” he says.

Koski shares that 70% of fans tuning in on their devices are not in the state that the game is taking place. Think of grandparents, uncles and aunts, siblings away at college who previously would have to settle for phone calls after the fact. The urgency to watch for themselves is evident, as 90% of viewership tunes in live—similar to how pro sports remain appointment TV. Coaches can use the archives to track progress, in terms of play and growth (size does matter in some sports), over a high school career to project how an athlete will turn out in college.

Top viewership comes from states one might expect—Texas, California, Illinois, Michigan and Georgia. It is telling that these areas where crowds regularly hit the tens of thousands are taking advantage of the technology. Koski says it's a way to remain connected to a community after leaving. As an example, he uses the network to stay abreast of the goings-on in New Mexico.

Pigskin is king, but basketball, volleyball and diamond sports (baseball and softball) have strong bases too. The automated cameras have sensors to follow the ball, be it on a pitch or run. The accuracy is remarkable. Koski says the cameras keep the play in view about 99% of the time. “When the pitcher had the ball and is winding up, the camera is on the pitcher’s back,” notes Koski. “Then it switches to the angle to be behind home plate.” 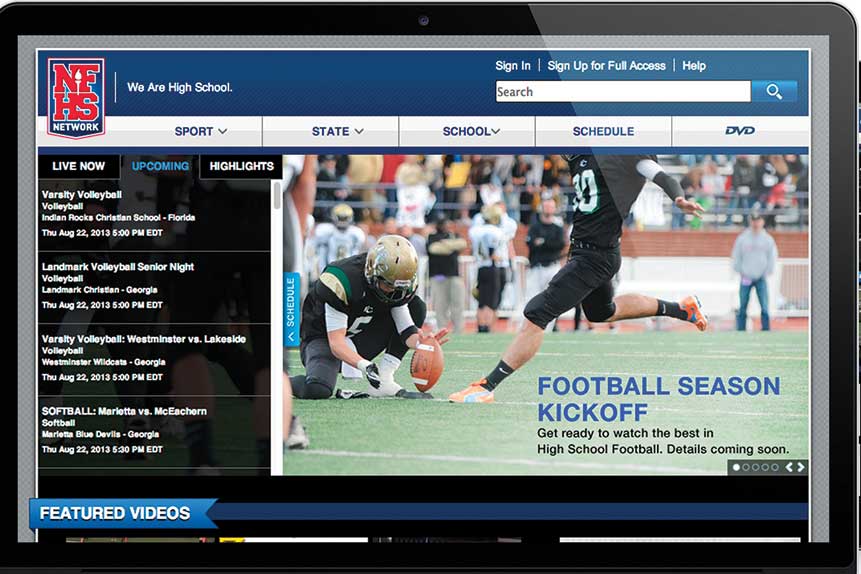 Logic dictates that the more accessible high school sports, in general, and local conferences, specifically, are, the greater attention they will receive. That’s certainly played out, Koski says. Championship games naturally draw the highest viewers, and that’s when NFHS deploys an actual team of videographers. Regular season games are automated to avoid mishaps that can occur when school officials and students man the equipment. The power to pull in greater numbers allows for greater fundraising and leverage when negotiating for upgrades.

Any television entity wants to increase its audience. NFHS certainly is no exception. Yet its hope is its offering encourages students sitting out of activities to participate. About 1 million events are already livestreamed. Koski’s stated mission is to improve the number of active students from 12 million to 13 million, including esports players. The network has expanded its mission to assist school communities at large, offering services for theater and graduation ceremonies.

Live games will always be the bread and butter of NFHS Network, but new programming is on its way. “We want to be able to show those unique stories that are what high school is all about,” says Koski of the network’s five-year plan. He uses the popular “30 for 30” series as a benchmark to build toward.