Rocky Mount had fallen on hard times. Situated in rural North Carolina about an hour east of the state capital, Rocky Mount was first bludgeoned by Hurricane Floyd in 1999, which severely flooded the small town and forced many residents to move. Then, the town’s mill jobs shifted overseas, and the downtown became a largely vacant and dilapidated eyesore. Today, however, the future is looking brighter thanks, in part, to the Rocky Mount Event Center, a new multifaceted, 165,000-sq.-ft. venue designed to host sporting events, concerts, conferences and trade shows. [inlinead align="left"] 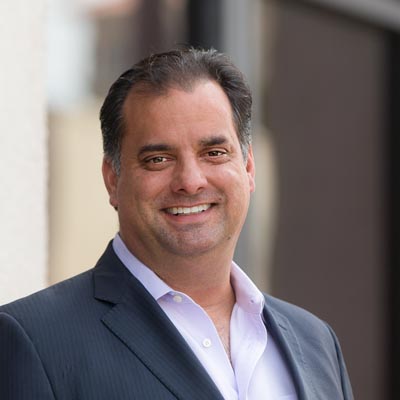 [/inlinead] “We had forecasted 18 significant events in the first year of operation. In the two weeks it’s been open, we’ve booked 55 events,” says Dev Pathik, co-founder and CEO of Sports Facilities Advisory. Clearwater, Fla.-based SFA helps communities assess the feasibility and “financeability” of youth and amateur sports facilities, community rec centers and event centers. The company also helps develop, manage and operate these venues, in some cases providing financing and aggregating investment partners or securing state and federal funds. Rocky Mount Event Center is among SFA’s management clients. In addition to doing work like market studies, on-site planning and financial forecasts, SFA worked with the Opportunities Industrialization Center of Rocky Mount to open an urgent care clinic within the facility. Pathik says SFA also helped secure new market tax credits, a federally backed incentive that supports underserved communities. Pathik says the Rocky Mount project is indicative of SFA’s mission: to both improve the health and economic vitality of the communities it serves, as well as get more kids involved with sports, especially in low-income areas where sports participation has dwindled.

Sports In His Blood

It was sports that helped Pathik, 47, survive an abusive childhood, he says. Growing up, a swim coach played a particularly important role in helping him make it through tough times. “He challenged me. He raised me up. Sports are what gave me self-confidence and self-respect.” This love of sports and an active lifestyle carried through to his adult life. Pathik served as an Outward Bound instructor and a wilderness guide. He also had a nose for business and founded and sold an international eco-tourism company as well as a corporate team development center. In the early 2000s, he was doing consulting work and developing everything from rock climbing gyms to team building centers when companies started hiring him to develop sports facilities. “They were myopic in their thinking,” he says. “They considered themselves just a sports facility and we said no, you can also be a corporate event center, birthday party venue and religious center. That transformed the outcomes for those facilities. We started looking around and realized there was a real market here.” This realization convinced Pathik and business partner Jason Clement to start SFA in 2003. Since then, Pathik estimates the company has helped develop about 65 complexes, totaling about $10 billion.

Over the past 15 years, the industry has undergone a fundamental shift, Pathik says. “In 2003, we were receiving calls from private developers who wanted to open their own facility. Today, almost every project we bring to life is a public/private partnership with other real estate surrounding it.” Pathik said that oftentimes the only way to make these multifaceted projects work for a community’s budget is to increase the tax base immediately surrounding the venue in order for the community to be able to pay for the debt service. “You can do that through hotel room nights, but that way you’re only focusing on visiting travelers. That approach misses what you can do with the facility for your local community. Creating a venue that’s valuable to the local community, while also being convertible into a youth sports and events destination, is the magic sauce that we’re finding really works.” The Rocky Mount Event Center is an example of this magic sauce, Pathik says. Other examples include the $12.5 million Myrtle Beach Sports Center in South Carolina. “We forecasted in year one it would produce $7 million in new tourism dollars in the marketplace. At the end of year one, we had achieved $31 million in tourism spend through that facility. There’s also Rocky Top Sports World in Tennessee, which has produced more than $125 million in tourism spend in its first three years, Pathik says.

The Future of Facilities

Pathik believes many more multipurpose complexes are on the way, especially as major league organizations recognize that their fan base is directly proportional to the number of kids playing their sport. “You’re going to see more money come into the marketplace and more initiatives to reach low-income kids.” Yet, with this groundswell of activity, comes the danger of market saturation. “Markets need to be careful about what they build,” Pathik says. To be cost-effective, modern facilities need to be built for density, with features like telescoping seating and intelligent floor-space design that can accommodate large groups, Pathik says. Venues also need to be versatile with, for example, outside berms for seating, so they can host everything from sports tournaments and concerts to other special events. “You have to be able to fill the venue with a lot of people several times a year. It’s the only way you can drive the kind of revenue that makes it sustainable.” And in some cases, Pathik stresses, a community simply can’t afford to build a mega-sports complex. But, if done with the right balance of financials and smart planning, Pathik says such venues can help drive economic development, community improvements and, most importantly, get kids involved. “In this country the kids’ obesity rate is out of control. We need to help more kids realize the benefit of sports. It’s not only good for their health and well-being, it’s good for all of society.”
section-bg-green