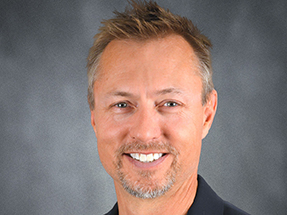 Visit Salt Lake Vice President of Sales Mark White acknowledges the 2002 Winter Olympics are ancient history to many people under 30 years old. But the games’ effect, both economically (an estimated $5 billion) and in terms of publicity ($200 million in media exposure), makes them relevant 15 years later. Ironically, White says a majority of sporting events to come to Salt Lake since then have been of the summer variety—proof efforts marketing the city as a year-round destination are working. As the region celebrates this month’s anniversary of the 17 days Salt Lake was the center of the sports world, White discusses how the Olympics play into the destination’s past, present and future.

What are your lasting memories of the Olympics?

It was one of the most magical experiences one could ever expect, and then the day after, it was like postpartum depression. We had this incredible party and we looked at each other said, “Now what?”

From a big-picture perspective, how would you describe the games’ impact?

It made people aware Salt Lake is a viable city with a real-life airport and infrastructure that could accommodate events, whether they be conventions or athletic events. It did that, but it also impressed upon on our community leaders how important these events can be, whether it’s the Olympics or a convention or a smaller amateur athletic event.

How about from the practical side?

We got $200 million of media coverage leading up to and during the games. To put that in perspective, our organization’s annual budget is $11 million. We could not afford that kind of exposure, nor could the state of Utah. The ski industry is the single biggest beneficiary, and you can understand why, but it served as a springboard for many other things, like recreational facilities. It created a lot of infrastructure, like our light-rail system, that probably would have been built at some point but got fast-tracked then. Our freeways were expanded, and so with that came additional development with other businesses like Goldman Sachs moving out here. It’s hard to put a specific number that says the Olympics did this for our community, but it’s certainly significant.

What makes Salt Lake stand out over other prior Winter Olympics hosts?

So many venues were already built and running smoothly before the games came. A lot of places where the Olympics were held had to build these expensive and somewhat unique venues like ski jumps, bobsled runs and curling ice sheets. If those are built in small resort communities, where many Olympic Games have been, there is not that population base to justify keeping those facilities open. We’re an anomaly here in that, at least at the time, we were the largest metropolitan area to host the games.

How are those venues being used today?

With the youngest population in the country, there is no shortage of kids using the ice sheets and going ski jumping. Many cities or towns [have] after-hours baseball teams and evening bowling leagues; we have evening curling leagues and after-school programs for ski jumping. In the last Winter Games in Sochi, Russia, if Utah was one of the nations in the medal count, we would have been No. 4. If Westminster College [a private university in Salt Lake] was one of the nations in the medal count, it would have been No. 7. That’s the depth of athletes we’ve created since the Olympics because of these venues.

Sports-wise, the benefit is well beyond landing winter sports isn’t it?

Frankly, from an events perspective, we’ve probably booked a lot more summer sports subsequent to the Winter Games. The winter sports may have been on a higher level because we’ve had world cups associated with skiing, snowboarding, bobsled and luge, and so forth, but we’ve held high-level summer athletic events as well.

The Salt Lake Games happened soon after 9/11. What was that like?

It was really poignant. Law enforcement folks and the federal government were concerned we were going to be the next big target. We all breathed a collective sigh of relief when we got through the closing ceremony without any incident.

Can you describe what the Olympic experience was like in person?

It was interesting to see the world in a microcosm. Eighty thousand people is a lot of visitors for us to host, but in the world’s population, it’s only a tiny amount. It was so cool to see people from literally around the world walking up and down the street with their arms around each other and laughing and hugging. It was cool to see the vast majority of people want to live that way. I’m almost tearing up thinking about it.

Would you want to bring back the games?

Absolutely; that’s on the top of the Utah Sports Commission’s to-do list. Our biggest booking year for meetings and conventions happened in 2001 leading up to the Olympic Games. The enthusiasm and credibility hosting a world-class event gave us incredible talking points. It further put us on the map. To be fair, we did surpass that record booking last year, but that was 15 years later.

Would you want to host a Summer Olympics too?

That’s a question we get asked. We just don’t have the infrastructure for it. The Summer Games are three or four times bigger than the Winter Games. They are a different animal. Photo Credit: Steve Greenwood
section-bg-green