In any other setting, it might have been considered too corny for its own good. But Major League Baseball’s “Field of Dreams” game was a bona fide hit complete with a walk-off home run for a true Hollywood ending. The Chicago Cubs and Cincinnati Reds are already slated to play in the sequel next August.

It just shows that if you build it, they will come. And they’ve been coming to Dyersville, Iowa, ever since the Kevin Costner movie became an instant classic in 1989.

The movie site has been a popular attraction for decades, but the seeds for the Aug. 12 game between the New York Yankees and Chicago White Sox date back to 2011, when Go the Distance Baseball, headed by Denise Stillman, purchased the “Field of Dreams” movie site from former owners Don and Becky Lansing.

Stillman pushed her dream for a professional game to be played on-site at the farm, drawing an initial site visit in 2015 from BaAM Productions, Populous and BrightView. The trio of companies is responsible for MLB’s other notable midseason special events, including a 2016 game on a military base in Fort Bragg, N.C., and the 2017 MLB Little League Classic at Historic Bowman Field in Williamsport, Pa.

Fittingly, a man named Ray is one of the key figures in bringing the Field of Dreams to life. But back in 2015, BaAM project director Ray Salverda thought it just as likely that “Shoeless” Joe Jackson would appear from the cornfields as a stadium worthy of Major League Baseball being built there.

“It took about five seconds to look at the original field and go, ‘You can't play the game here,’” says Salverda. 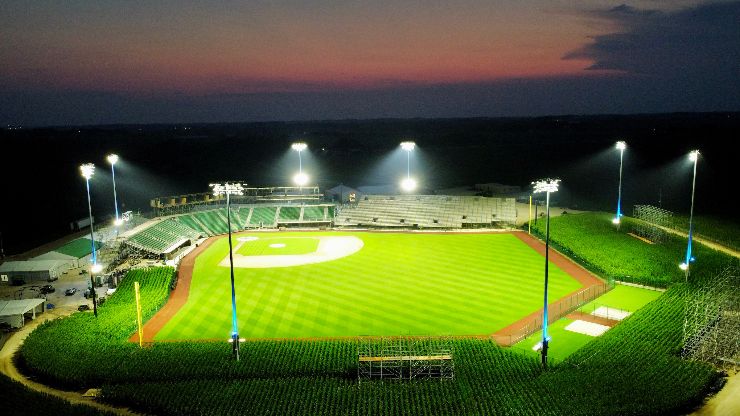 Stillman, who Salverda says was a “real firecracker,” was known for giving an earful to anyone who would say no to her. So the construction teams heard the farm owner out.

The movie site was still a nonstarter, but the idea emerged to build adjacent to that field. Just as baseball games are never in much of a hurry to be completed, the project’s pace was methodical. The ground and water supply had to be tested and permits had to be acquired.

Groundbreaking for a new outdoor venue modeled after Comiskey Park (home of the Chicago White Sox featured in the movie) took place in August 2019. The stadium is the second for the construction team to develop. BaAM Productions, Populous and BrightView built a 12,000-seat venue on an old golf course in Fort Bragg, an impressive feat but far different from the Iowa project.

“For me, personally, the excitement is building something from scratch,” says Salverda. “I love the challenge.”

Salverda is already fielding questions about the next MLB experience. Nothing is announced, but a Connect Sports informal poll found support for recreating “The Sandlot.” The National Baseball Hall of Fame in Cooperstown, N.Y., seems like another potential venture or perhaps a way to honor the Negro Leagues. 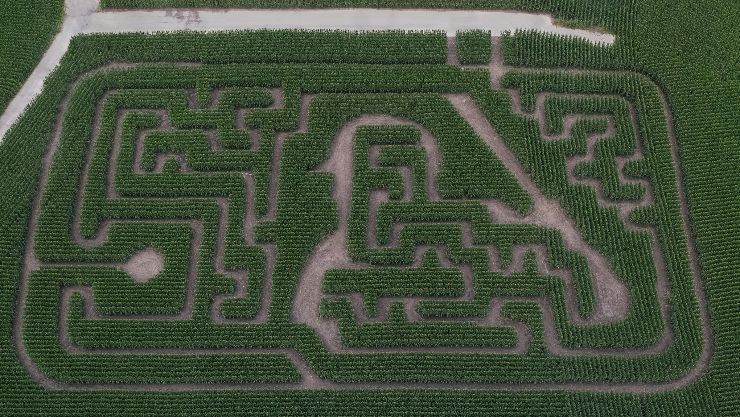 The Iowa stadium, which holds 8,000 fans, was designed so each seat has a view of the rows of corn behind the outfield wall.

“Whatever we built had to pay homage to the original site,” adds Salverda, who called Dyersville home for two months per year as the stadium came to life.

A mindset to pay tribute to the movie and host farming community created other kernels of creative inspiration for the game-day experience. A corn maze, designed like Major League Baseball’s logo, was created within walking distance of the stadium. It was only natural that Costner, who played Ray Kinsella in “Field of Dreams,” walked the Yankees and White Sox out to the field. Call it nostalgia or being caught up in the moment, but Costner even played catch with his son.

The event was originally scheduled for last year before COVID-19 delayed plans for this summer. The line of out-of-state license plates, a case of life imitating art, proved the wait was worth it.

Salverda says the Yankees-White Sox game went off without a hitch. The brutal afternoon heat broke before the first inning. There was a beautiful sunset. The only drama was the on-field heroics.

Anyone present could be forgiven for thinking this was heaven and there were Angels—not Yankees and White Sox—in the outfield. But no, it was Iowa.