Louisville is a place where champions are made and the city that brought you Muhammad Ali, the Louisville Slugger and the Kentucky Derby has a lot to offer. The Kentucky Exposition Center boasts 1.2 million square feet of space, the KFC Yum! Center is a state-of-the-art 20,000-seat arena and the Kentucky International Convention Center is poised to reopen in August of 2018 with 200,000 contiguous square feet. Louisville also has impressive university athletics facilities and incredible park systems, making this city the perfect place for champions to shine. There’s an entire community of enthusiastic volunteers, partnering local facilities and universities, city concierge services, and marketing and public relations support that is ready and willing to help your event become the next big thing in sports. Welcome to the city where champions are born. 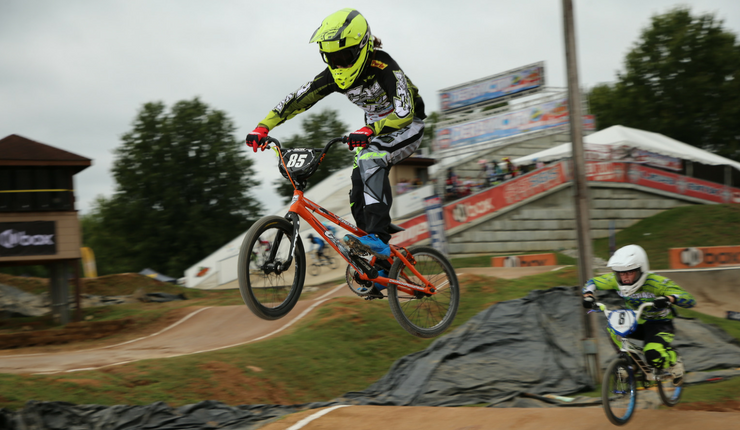 Established in 1970, E.P. Tom Sawyer Park is one of the most unique state parks in Kentucky. This 550-acre urban park facility is open throughout the year and located in the northeastern part of Louisville. The park’s amenities include an activities center with a gymnasium that has indoor courts for badminton, basketball and volleyball, as well as an Olympic-size swimming pool and weight room. The park includes 12 lighted tennis courts, 14 soccer fields, three lighted softball fields, a 1-mile fitness trail, a 1-mile nature trail, a model aircraft airfield, a dog park, playgrounds and picnic facilities. The permanent BMX track has recently undergone a $950,000 renovation and expansion which includes a rebuilt three-meter hill with new starting gate, a new eight-meter hill with starting gate, new trusses on starting hills, rebuilt first and third turns and an expanded first lane of the track. It is one of only a handful of tracks like it in the United States. Quick Facts Distance from Downtown 14 miles Total Space 550 acres Permanent Lighting Yes Parking On-Site Yes Permanent Restrooms Yes Permanent Seating No Hotel Rooms Within a 10-Minute Drive 5,891
section-bg-green