BaAM Productions had the unenviable position of trying to top last year’s seemingly perfect Field of Dreams game with a sequel on Aug. 11. Yet the successor lived up to its predecessor and, in some ways, surpassed the original.

For BaAM, it’s just another home run for the group—a division of the Freeman Company—that keeps hitting home runs with unique sporting events like the Little League Classic, NHL Winter Classic and the 2016 Fort Bragg Game on an active military base.

It is truly a team effort, as BaAM works hand in hand with Major League Baseball, Populous and BrightView in designing and delivering the award-winning Field of Dreams event.

Here, we study how the big swings and tiny tweaks ensured the second Field of Dreams was a Summer Classic. 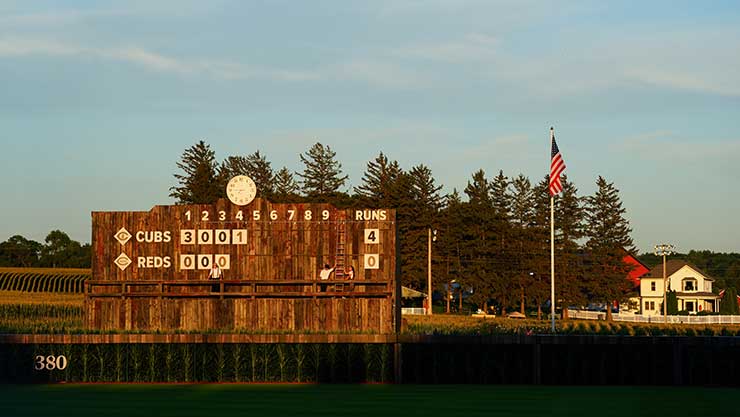 The most obvious change in year two was adding a Minor League Baseball game between the two local teams, the Quad Cities River Bandits and Cedar Rapids Kernels, two days before the Chicago Cubs and Cincinnati Reds played ball. The opening game “infused even more of Iowa and its people into this special sports story,” says Roe.

There’s hardly a dry eye when Kevin Costner’s character asks to play catch with his father at the end of the “Field of Dreams” movie. Capitalizing on the Reds’ involvement this year, the production team shrewdly had Ken Griffey Jr. have a toss with his father, Ken Griffey Sr. “It was a chance to build more extensions for authentic baseball connections… rather than try to attempt an exact repeat,” observes Roe. 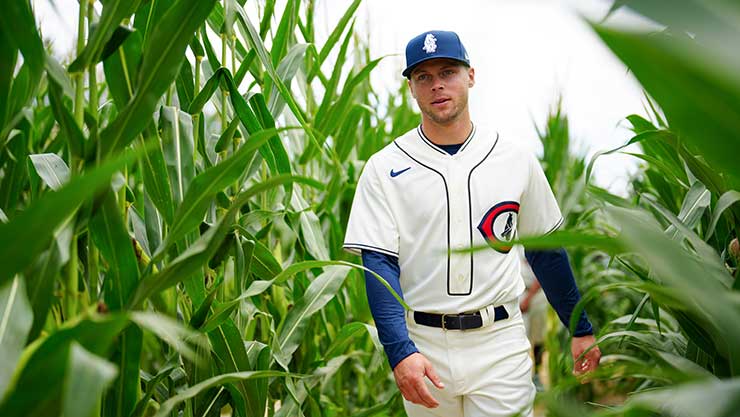 More action meant the crew had to be careful to protect the corn. But that didn’t mean sacrificing the experience. Operations were streamlined so the field and original movie site were better connected. “We added services on both the original movie site and the MLB Fan Plaza because souvenirs are important!” says Roe.

One thing we know is that BaAM won’t be able to outdo itself in 2023. The game is taking a hiatus due to construction. But the crew will be waiting for the call to return as soon as it can.