Nick Povalitis, event director of the 2022 World Breaking Classic USA Open Qualifier, narrowed a field of 17 bids to host the competition down to two choices: Tulsa, Oklahoma, and a well-known East Coast destination. As is happening more and more frequently, Tulsa got the call.

Long a hotbed for traditional sports including wrestling, golf and fishing, Tulsa’s development as a community has made it possible to expand the sports commission’s horizons. City leaders impressively convinced USA BMX to move its headquarters to town—a project completed in February.

But an arts-centric event building toward the sport’s Summer Games 2024 debut in America’s heartland? Perhaps few would have expected such a final destination. And maybe that remains a secret to Tulsa’s winning ways. It manages to surprise.

Joel Koester, director of sports sales at the Tulsa Sports Commission, knows this firsthand. Happily thriving running sports tourism at the Chicago Southland CVB, Koester was recruited to his role two and a half years ago. He admits to knowing little of his new home at the time, but he fell in love with it.

Koester’s arrival, coinciding with interim Senior Vice President of Regional Tourism Ashleigh Bachert coming on board from the Durham (North Carolina) Sports Commission, was a signal big things were ahead in the region. As outsiders, the two have a fresh perspective to appreciate Tulsa’s charm and the experience to leverage developments like new hotels, the just-opened Bob Dylan Center and upgraded convention center to draw regional, national and international events to town.

Povalitis, who spent nearly nine years at the Rockford (Illinois) CVB as vice president of sales and director of sports development, says the Tulsa Sports Commission’s holistic bid influenced the site selection more than his friendly relationship with Koester and Bachert.

“They really did a great job at positioning their market as more than just a venue or a place to do the event,” says Povalitis, who is running and marketing the WBC through his own startup, Plus Seven Company.

Between the PGA Championship, Ironman and the Breeders Invitational, Tulsa enjoyed a record month of May, says Koester. With 80,000 room nights filled over the month—hotel inventory is 14,000 rooms—the city raked in more than $170 million worth of impact over 14 events. That merely builds upon momentum from other recent events from Major League Fishing’s REDCREST Championship in March and the opening of USA BMX’s headquarters downtown. In 2020, the region hosted 80 events safely—a nod to its commitment to sports tourism.

“Equine and sports were the two markets that really kept us going through the pandemic,” says Koester.

Next year, Tulsa hosts the 2023 NCAA wrestling tournament, putting the city in a league with the likes of noted sports towns Kansas City (2024), Philadelphia (2025) and Cleveland (2026).

Here, we look at how Koester and the Tulsa Sports Commission keep on scoring events. 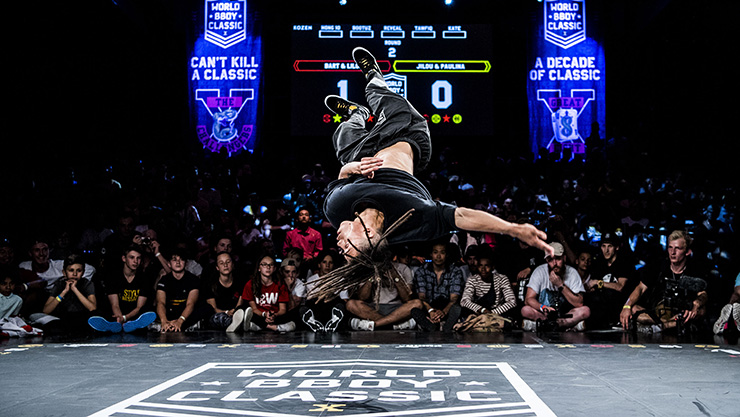 In an industry often defined by “heads in beds,” Koester is renowned for taking a different approach. “I never sit down at a trade show and ask, ‘How many room nights are you bringing into town?’” he says. Rather, he concentrates on how both sides will benefit from a working relationship. Economics are great, of course, but building media attention and defining a destination as a place planners want to work is of nearly equal importance. The rest, as in those filled hotels, will take care of itself when considering all of the benefits.

Koester cites the break dance event as a great example of his approach. It won’t draw the room nights of one of golf’s four major championships or the NCAA’s wrestling extravaganza, but it’s a great example to showcase the arts community and build its reputation internationally.

The reason Tulsa’s approach works, notes Koester, is the sports commission’s ability to foster business relationships within the community. He uses the word “partnerships” 10 times in a 20-minute interview. The hotel and hospitality community worked for 18 months to prep for this May to ensure all of the events had accommodations despite the heavy activity.
Circle Cinema, local artist VNICE and Silhouette Sneakers & Art all stepped up for the break dancing event, being held at Legacy Hall at the Cox Business Convention Center.

Says Povalitis: “Tulsa’s arts, breaking and sports scenes have been so supportive throughout the site selection process, and that will shine through when the city welcomes breaking competitors and fans for an amazing experience June 4.”

No one will question the credentials of Bachert and Koester, but Tulsa’s love of sports predates them. The BMX project, for instance, started a decade ago before coming to fruition earlier this year. John David, COO of USA BMX, says the commitment to sports shined through beyond the ultimately winning bid. “The community has bought into sports tourism,” says David. “They love what the sports commission is doing. It’s palpable.” 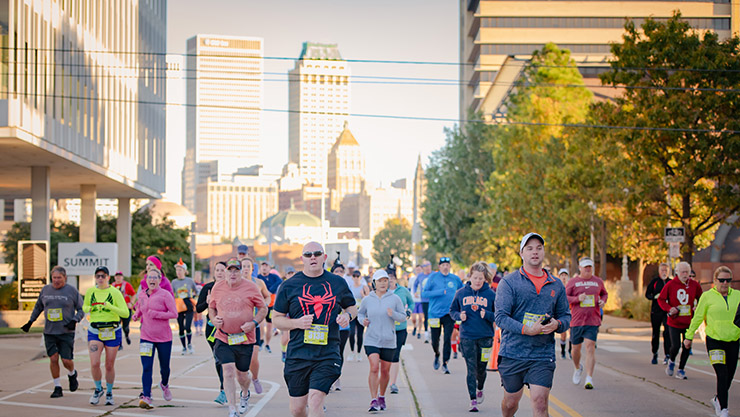 The physical manifestation of the drive to be the best in sports tourism is seen with all the cranes around the city. Tulsa’s downtown is virtually unrecognizable compared to 10 years ago. There are now 3,000 hotel rooms within walking distance of downtown and more than 90 restaurants/bars, and more are on the way. “Everything has exploded,” says Koester. “The landscape is changing very quickly.”