In the first NCAA championship bid cycle since the U.S. Supreme Court legalized sports gambling, Las Vegas went for broke. In October, the city cashed in with nine collegiate championships between the 2022-23 and 2025-26 school years.

The events range in size and notoriety, and include sports in Divisions I, II and III. Lisa Motley, CSEE, director of sports marketing and special events at the Las Vegas CVA, says the winnings allow the city to “crawl, walk, run to prove what we can do as a destination and what we can provide for a student-athlete experience.”

Given the appeal Las Vegas holds for tourists, it’s remarkable to think of it as an infant when it comes to NCAA events. But previous restrictions imposed from gambling made any attempt at breaking into the game a moot point. It took a change in philosophy from the entire Las Vegas sports community to concentrate on youth and amateur sports to get the ball rolling.

Host With the Most

At the center of that push is Daniel Rush, CSEE, CMP, CASE, vice president of global sports and events sales at MGM Resorts International. He has spent the better part of the last decade working behind the scenes and at industry trade shows and conferences laying the groundwork to make Las Vegas a sports tourism capital.

“He is the godfather,” says Motley. “When I think of Vegas sports, I think of Dan Rush.”

Rush demurs, noting the groundwork for the NCAA push was part of a collaboration with Former Arizona and UNLV Athletic Director Jim Livengood and D.J. Allen, co-founder and president of Xs & Os of Success.

“The last seven years have certainly been a roller coaster,” says Rush. “We thought we had everything in line during the 2016 bid cycle, but the cards did not fall our way.”

MGM’s decision to build T-Mobile Arena, which opened in April 2016, proved to be a game changer. The building quickly enticed the NHL to award the city a franchise, the Golden Knights, which brought a Stanley Cup Finals to the city. The Pac-12 has hosted its conference basketball tournament there since 2017. Now, the building will host March Madness in 2023 and the Frozen Four—the most marquee NCAA event awarded to Vegas this round—in 2026.

All for One Destination

Just as that Runnin’ Rebels squad relied on teamwork, so did the Las Vegas sports tourism push. For instance, while MGM won two large events, it will be payoff for Caesars, Wynn and others resort that will surely house attendees.

“We call it coopetition,” says Motley. “Everything is good for everybody.”

The LVCVA teamed with Las Vegas Events and MGM to put together a game plan. Not shy about entering the race for the first time, the LVCVA put in 98 of the city’s more than 100 combined bids. UNLV, the only college campus in town, signed off on the events while creating a new working template with local officials.

“We are thrilled to welcome upcoming NCAA championships to Las Vegas and we cannot wait to showcase our great community to participating student-athletes, coaches, their fans and the nation!” says UNLV Director of Athletics Desiree Reed-Francois. “We are grateful for the partnerships with our local and regional leaders to ensure that Las Vegas is as well-equipped as any city in the nation to host world-class events such as NCAA championship events.”

Motley credits much of the success to the guidance of Russ Yurk, the industry veteran who led the NCAA’s site-selection process, which began at Connect Sports in 2019. Yurk offered insight into which events Vegas should prioritize and why other events may not make sense (too established on the East Coast, for example).

The full slate of events is as follows:

Yurk says the high yield is a direct result of the city’s officials working so well together. “From my end, Vegas did great because the bid process was a major priority across multiple stakeholders,” he says. “As a city that was built on hospitality, they will roll out the red carpet for all championships leading to a tremendous student-athlete experience regardless of sport or division.”

Motley points to the winning bids as a testament to all the city has to offer—noting it is a top-tier golf destination and South Point Hotel is already known for its top-of-the-line bowling facilities. 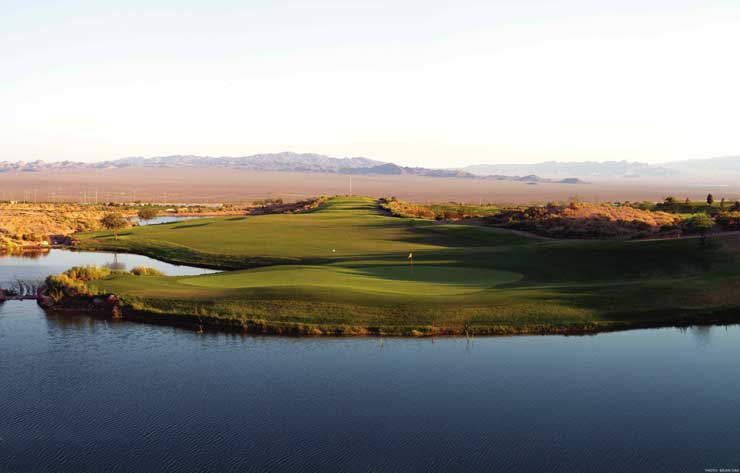 What to Watch For

The best is likely yet to come for Las Vegas.

USA Volleyball has selected Las Vegas to host the 2021 Girls Junior National Championship June 26 through July 5 at the Las Vegas Convention Center. It is the first time that the NGB will host a major junior event in Las Vegas.

Furthermore, Las Vegas has been awarded the 2022 NFL Pro Bowl and NFL Draft—makeups for coronavirus-related cancellations. Motley’s social media was filled with messages from fellow hospitality members grateful that sports were helping offset 2020’s slate of canceled and postponed conferences.

“This is going to really help us recover,” Motley says of Las Vegas. “That’s what we are trying to do—put all these people back to work.”

Looming but not official is a potential Super Bowl, most likely to come to Allegiant Stadium in 2025 or 2026. The venue hosted its first Monday Night Football game earlier this season.

The NFL stadium opens the door to bigger and better things from the NCAA as well. T-Mobile Arena is well-equipped for the Frozen Four and early round NCAA tournament action. But the Final Four has become so large it requires a larger venue like an NFL stadium. The NCAA wrestling championship was also scheduled to make the switch to a football venue in 2020 at U.S. Bank Stadium in Minneapolis. Allegiant Field could be a future possibility for that as well.

“We know the NCAA is not going to automatically give us a Final Four or College Football Championship without proving we can handle some of their ‘smaller’ events,” says Rush. “We were actually humbled to earn a Men’s Regional Basketball and Frozen Four without hosting earlier rounds.”

For now, the LVCVA is enjoying its NCAA moment, a truly landmark day for the sports tourism industry.

“We worked a long time for this,” says Motley. “It’s finally paying off.”